I don’t hear it as much anymore because I avoid the Christian forums filled with people waving the American flag and chanting “God Bless America – the land of the free!”

They read about persecuted Paul and Peter and thank God for a country that doesn’t throw people in jail for standing up for righteousness. They look with pity and prayers upon Vietnam and the Christians who get beaten for their faith, and say, “I’m sure glad that doesn’t happen to us here in America”, as they sip their Starbucks latte in between filling out their tax forms and watching the latest political scandals on the news. 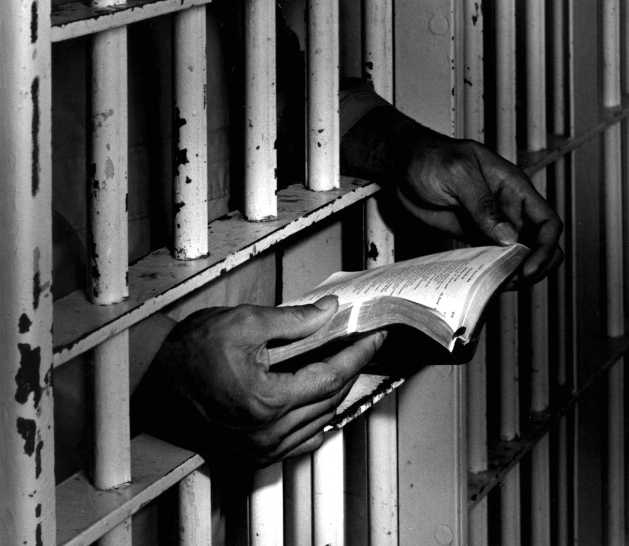 The Bible promises persecution will come to those who stand for righteousness Matthew 24:9, but I think American Christians have it all figured out…if we don’t make waves, we can skip that step. We can believe Jesus Christ died to save us, we can go to church and worship all we want, we can pray in public, read our Bible and even talk about it with anyone we like. That’s free, right?

Let’s just overlook the fact that our taxes go to support murder, abortion, homosexuality, evildoers, covetousness, unrighteous wars, and the demoralization and depravity of mankind. Because, if we stopped supporting all these sins by not paying taxes, we’d go to jail.

Let’s not think about the corrupt politicians who make more and more laws that expressly go against God’s Holy Law and Order. Or the people they put in power to enforce those laws with guns and violence. Because, if we stood up and told these people that government is not God and that God is our only government, we’d go to jail.

Let’s be good little citizens and make sure all our papers are in order knowing it goes against the laws of the land to not get a birth certificate, a social security number, a driver’s license, a marriage certificate, a death certificate, and the mark of the beast (Revelation 13:17). After all, we wouldn’t want to deprive the US Government of using us as collateral for the national debt, would we? Nor do we want to go to jail for not having any of the above.

You know, Christians, if we don’t stand up against injustice, immoral practices, and evil people, well, we won’t get persecuted! That’s a comfortable thought, isn’t it? We can just keep going along to get along; keep taking the next tiny step toward complete communism and utter serfdom and keep lying to ourselves that we are free.

Does that make you feel all warm and fuzzy inside?  I hope not, because…

We aren’t free, Christians, we are passive.

We aren’t being persecuted because we aren’t making a stand against the corrupt, ungodly, evil world. We’re hiding. Hoping and praying it won’t touch us. Closing our eyes, plugging our ears and going about our merry way. We don’t want to know what is really happening.

As nice as it sounds to be blissfully ignorant, news flash, people, it won’t save us. Someday we’ll either have to make a stand for Christ and righteousness and be persecuted for it, or we will keep giving in to the evil until we suddenly find ourselves swallowed up by it.

Indeed, all who desire to live godly in Christ Jesus will be persecuted. 2 Timothy 3:12

Blessed are they which are persecuted for righteousness’ sake: for theirs is the kingdom of heaven. Matthew 5:10

I don’t want persecution any more than the you do. I dread the thought of walking the path of pain and suffering that Corrie Ten Boom, John Bunyan, Paul, Peter, and Christ did. I long to be taken from this dark, dark place, but there’s a reason I’m here and there’s a reason you’re here. That reason is only God and His grace.

It’s only by His grace that we can put off this passivity and stand for Him, for His righteousness, for His Kingdom…

…And let the chips fall where they may.

Keep your lives free from the love of money and be content with what you have, because God has said, “Never will I leave you; never will I forsake you.” Hebrews 13:5

Be strong and of a good courage, fear not, nor be afraid of them: for the LORD thy God, he it is that doth go with thee; he will not fail thee, nor forsake thee. Deuteronomy 31:6